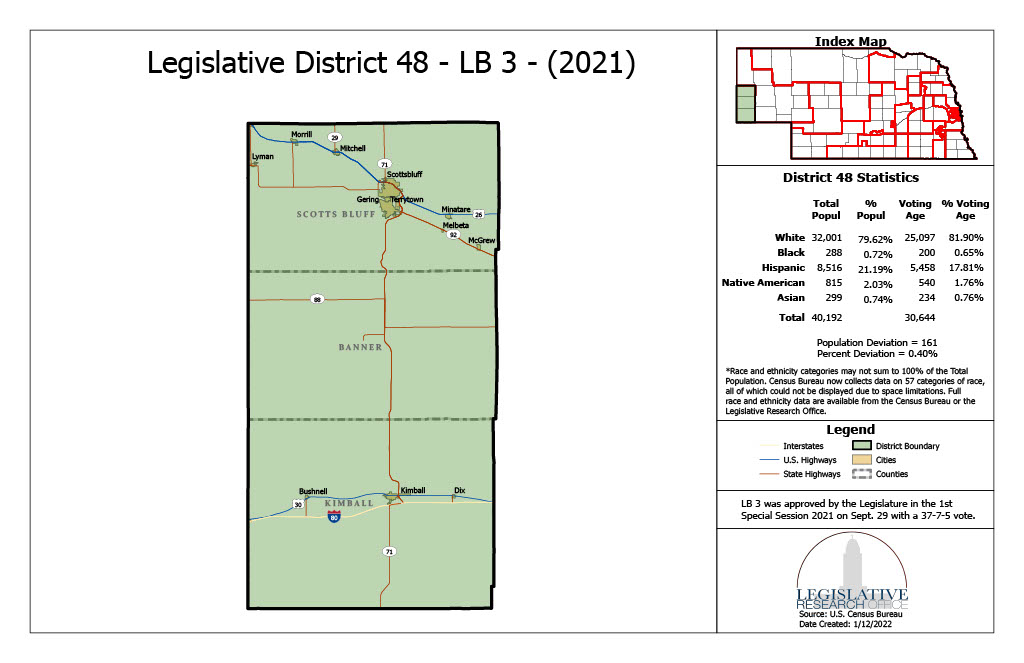 In September 2021, District 48 was expanded to include Kimball County and Banner County, along with Scotts Bluff County.

Nebraska, unlike other state legislatures, has a unicameral and nonpartisan legislature. The Nebraska legislature has 49 members, with all members serving four-year terms, with a two consecutive term limit. The primary responsibilities of this position include: creating and ratifying state laws and regulations, serving on various committees, and making taxation decisions. Nebraska is also unique in that the Speaker and committee chairs are chosen at large. Every member of the legislature represents an estimated 38,408 constituents.